A big success was the First Scientific Videogames Lab, in which Nemoris Games was pleased to participate last weekend. The event was held at the Centro Cultural Palacio La Moneda between 15 and March 17 this year. They were more than 50 hours of continuous creation and game programming, together with scientists from different areas, six games were the result of this hard work.
The teams worked on three major themes: “Renewable Energy”, which presented the games “Solar Race” and “Clay Bot”. Earthquakes and Volcanoes, which were “Magnitude 9” and “Tu_Tsunami” and extremophiles that showed the products “Small Extreme” and “Frost ExtemÛfilo” These three topics are framed in the Chile: Natural Laboratory for the EXPLORE program CONICYT for this 2013.
The games will be shown at international fairs and the Centro Cultural Palacio La Moneda, from April to late June 2013 and the content will be soon on the website of the activity, so that everyone can access.
Referencia: http://www.conicyt.cl/explora/2013/03/20/finaliza-primer-laboratorio-de-videojuegos-cientificos-en-chile/ 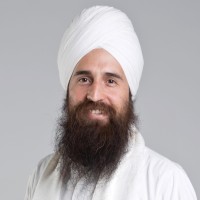